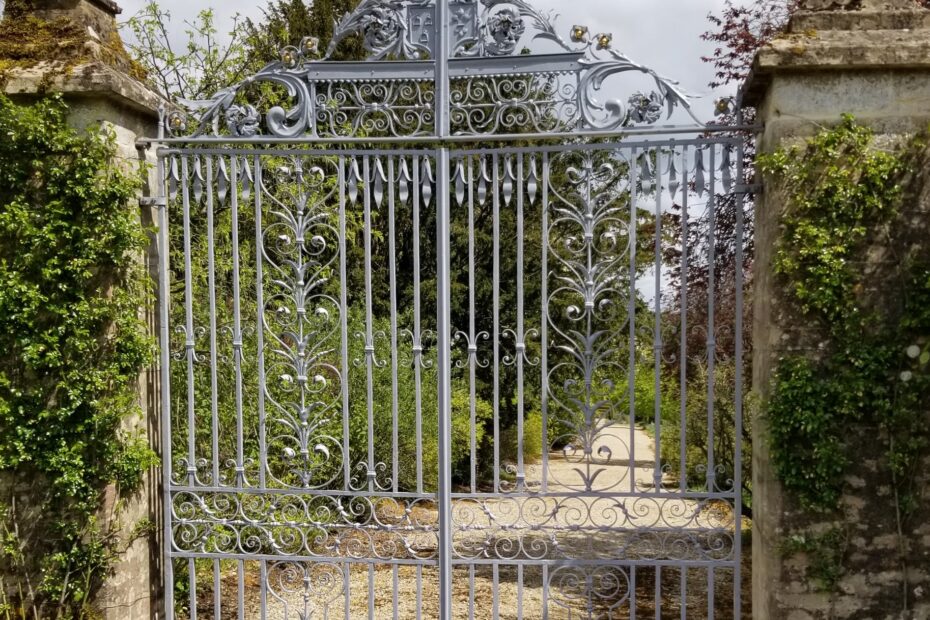 These historic gates sit at one of the entrances to the garden of Miserden House in Gloucestershire.

While there is other historical ironwork of note around the house and gardens, these gates stand out due to their style, likely age and the story they have to tell.

As a matter of family history, the Wills family (owners of Miserden House) were aware that the gates were brought to Miserden from Holme Lacy Park in Herefordshire in the early 20th century.  This knowledge combined with our research facilitated identification of the family crests (Scudamore and Digby families) and indication of rank (Viscount) incorporated into the gate overthrow.  We established that the Scudamore family owned Holme Lacy Park for a significant period of time, but that there were only three Viscounts Scudamore and only one of these married a Digby. Combined with the clues provided by the gates themselves, this provided a reasonable basis upon which a date of 1707-1716 could be plausibly suggested.

In terms of the work required to the gates, as with much historic forged ironwork the issues to be addressed stemmed mainly from corrosion resulting from deterioration of paint layers. The types of issues dealt with included: